The 2020/2021 season turned into a real fairy tale for Chelsea London. In the winter, the team was tenth in the APL standings. It was the clear outsider in the Champions League 1/8 finals where it had to play against Atletico Madrid. Nevertheless, the Pensioners finished in the Premier League top four and won the Champions League.

This season Thomas Tuchel’s troops started with as much power. Villarreal was defeated in the matches for the European Super Cup. As to the APL, the Blues share first place with Liverpool and Manchester United after five rounds. Chelsea has 13 points after four wins and one draw. Tuchel’s troops had a good chance of avoiding their only loss at Anfield. The Blues were winning with the score of 0-1 against Liverpool but then Reece James was sent off in the first half, which saved the Reds from a home defeat.

After games in August and September, it became obvious to everyone that Chelsea, having won the Champions League, has become even stronger. Now the team is ready to compete for local and European titles at the same time. Tuchel’s master-mind, the depth of the squad, and the skill of the players make it easy to do so.

Edouard Mendy is the main goalkeeper. The Senegalese goalkeeper joined Chelsea a year ago, but he has already managed to set a lot of records, in particular – the highest number of dry matches in one season of the Champions League.

In the summer the Pensioners tried their best to sign Jules Koundé, the French defender of the Spanish Sevilla, but the transfer failed. Now Chelsea will have to ensure defense with last year’s resources, which are perfectly fine and without the need for reinforcements.

Obviously, Antonio Rüdiger and Andreas Christensen’s places in the main group of three are out of the question. It’s likely that Tuchel will often complement them with captain Azpilicueta from the flank of midfield. The veteran Thiago Silva will clearly not manage to stay in the main squad for the entire APL season. Tuchel also has at his disposal a young Chelsea academy student Trevoh Chalobah, who has already proven his ability to substitute any defender from the main squad.

At the start of the season, it’s hard to say who Tuchel considers being the main players in the center of the field. Most likely, N’Golo Kanté is unquestionable. Without the tenacious Frenchman, the opponents pass the London midfield line too easily, so his place in the starting eleven is assured.

Kanté will be partnered with someone from the Jorginho-Kovačić pairing. The Italian had a confirmed place in the starting line-up last season, but the Croatian player has made a very strong start into the 2021/2022 season creating pleasant concerns for Tuchel. And then there’s Saúl, who arrived from Atletico Madrid. Obviously, Chelsea’s central midfield players will be rotated much more often than players of any other positions.

As to fullback, Marcos Alonso is the obvious choice. The Spaniard had a strong start to the season, making Ben Chillwell who used to be one of the main squad his substitution not so long ago. James started the season on the right but his sending-off in the game against Liverpool promoted Azpilicueta to that position. It’s likely that Cesar will soon return to the defense and James will take the position at the flank.

The start of the season has shown that Tuchel sees only Romelu Lukaku at the edge of Chelsea’s attack. The Belgian has played without breaks since the start of the season causing Timo Werner to sit on the bench. Mason Mount and Kai Havertz join Lukaku more often than others, and they are occasionally substituted by Hakim Ziyech and Werner. This is likely to be the case all season long, as one year was not enough for Werner and Ziyech to prove themselves as players of the main roster.

It is already clear that the Londoners are ready to fight on all fronts. The Blues have decent depth in all positions. The main thing that Thomas Tuchel should fear is an injury to Romelu Lukaku. If the Belgian is out for a certain period of time, the reigning Champions League winners’ game in attack will become much less varied.

When Lukaku is in the game, Chelsea can play with throws from their own penalty area – the powerful forward will win one-on-one battles with the opposing defenders and support his onrushing partners.

Romelu is also able to snatch victories by be handling the ball in the air. He demonstrated this skill in the first round of the Champions League group stage against Zenit St. Petersburg. Semak’s troops closed their penalty area, Chelsea could not break through the opponent’s defense doing passes from below. When it became evident that such tactics were useless, Azpilicueta’s pass found Lukaku’s head in Zenit’s penalty area, which brought the Londoners three points.

Timo Werner does not have all of the above options. Moreover, the German has a big problem with conversion, which he showed last season and confirmed this season.

The second key to a successful season for Chelsea is the players’ confidence in their skills. The Pensioners beat such giants as Atlético de Madrid, Real Madrid, and Manchester City in the UEFA Champions League last season for good reason. This Blue squad knows they can take on any opponent. Confidence in their abilities will be one of the key factors why the Pensioners will have a good season.

It should be also pointed out that there are no other equally powerful teams in the APL. Manchester City, for example, has already stalled at the start of the season due to the fact that the team has not solved the problem of the center-forward. Manchester United continues to fail defensively despite the signing of Varane, and the Red Devils’ offense is quickly becoming dependent on Cristiano Ronaldo. Big transfers as the season progress could destroy the mechanism that Solskjær has built for so long.

Nevertheless, Liverpool now looks like a team capable of stopping Chelsea. However, the Reds’ midfield has been severely weakened by the departure of Wijnaldum, Kuyt’s crisis, and Henderson’s age.

As a result, this season, Chelsea has to take at least two trophies in England only. 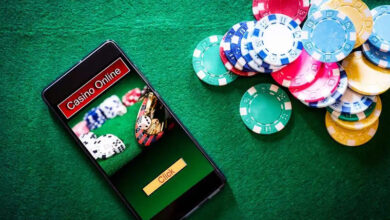 Get To Know Which Is The Perfect Online Casino Game To Make Money!!!

The Uncommon Features That Make Online baccarat A Great Game 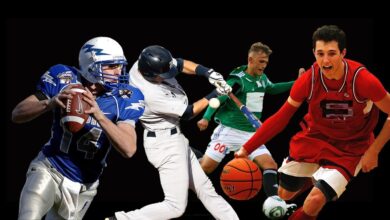 How To Choose an Online Sportsbook For Your New Bets